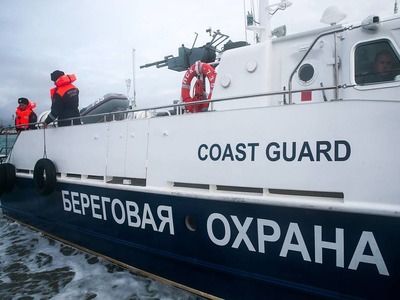 TransportInterstate relationsWater transport and portsTerritorial administration
OREANDA-NEWS. Five Japanese fishing vessels, previously detained by Russian border guards in waters off the southern Kuril Islands for violating fishing rules, returned back to Japan after being released. According to the NHK TV channel on Tuesday, all the schooners arrived at the port of Nemuro (Hokkaido Prefecture).

Japanese fishermen were released this morning after paying a fine of 6.4 million rubles. They were found guilty of an administrative violation due to a discrepancy in the airborne documentation. After the inspection, it became known that they caught 7.5 tons of octopus more than indicated in the documents.

The Government of Japan called the detention of these vessels "unacceptable", based on its position regarding the ownership of the southern Kuril Islands. It called for the shortest possible time to release the schooners and their teams for reasons of humanity. None of the sailors made complaints; their state of health is also assessed as normal.
Source: OREANDA-NEWS
Подписывайтесь на наши группы: Instagram | VK | Facebook | Twitter
Материалы по теме:

Russia Spoke about the "Ship of the Future" in 2070