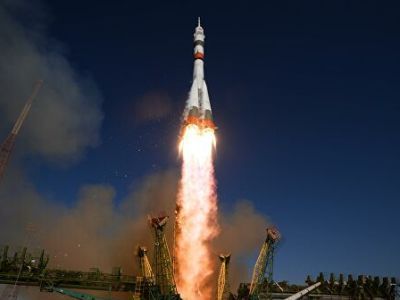 OREANDA-NEWS. Vice President of the Japan Aerospace Exploration Agency (JAXA) Koichi Wakata said in an interview with RIA Novosti that there is a probability that Japanese astronauts will be able to go to the International Space Station (ISS) on Russian Soyuz spacecrafts, and this may happen if National Aeronautics and Space Administration (NASA, USA) decides to buy seats and provide some of them to Japan. “If NASA decides to buy more space on the Soyuz for astronauts, including those representing JAXA and other international partners, there is a possibility that JAXA astronauts will fly on Soyuz,” he said.

Wakata recalled that earlier, in accordance with the same procedure for allocating seats, Japanese astronauts were able to fly to the ISS on Soyuz spacecrafts approximately once every 1.5–2 years.

"To get the most out of using the ISS, we would like the regular presence of Japanese astronauts on its board,” JAXA Vice President resumed.
Source: OREANDA-NEWS
Материалы по теме: