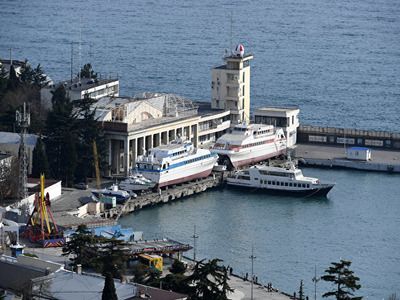 TransportWater transport and portsMinistries and departmentsInterstate relations
OREANDA-NEWS. The Administration of Ukrainian Seaports is preparing new requirements for the Government of the Russian Federation on the payment of compensation for losses incurred due to the loss of ports in Crimea. This is stated in a statement published on Wednesday on the agency’s website. "The cost of state property, which was assigned to the branches of the Administration and illegally appropriated by the self-proclaimed authorities of the Crimea, is more than 1.24 billion hryvnias ($ 51.2 million)", the statement said.

"This time we use the provisions of the Agreement on the Encouragement and Reciprocal Protection of Investments. The first step is to send claims for damages directly to the government of the Russian Federation. If we do not receive a response within six months, this case will be referred to international arbitration", he said In this regard, the head of the Administration of the Seaports, Raivis Veckagans.

The department plans to send a corresponding written notice to the government of the Russian Federation before the end of 2019. The interests of the organization in a dispute with Russia will be represented by the law firm Covington & Burling LLP.