LADA Sales in Europe Fell by Almost a Quarter 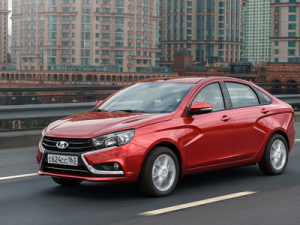 OREANDA-NEWS A total of 404 AvtoVAZ vehicles were sold last month, which accounted for a 27.9% drop in sales compared to June of the previous year. Then 560 LADA cars were sold.

AvtoVAZ's popularity in the European market began to fall. This is demonstrated by the figures for the past month and the results for the entire half year. In the six months of 2019, 2,399 new LADA cars were sold, which was 12.9% less than last year's result for the same period. Over the past month, only 404 cars were sold, which demonstrated a sharp jump down by 27.9%.

Volkswagen remains the bestseller of the European market among brands. The share of this brand accounted for 167,882 sales in June 2019 only. However, demand fell by 14% from last year. Than comes the French concern Renault with 128,023 cars sold, which also shows a negative trend, but only by 7.2%.