Azerbaijan Announced the Destruction of One More Stronghold of Armenia 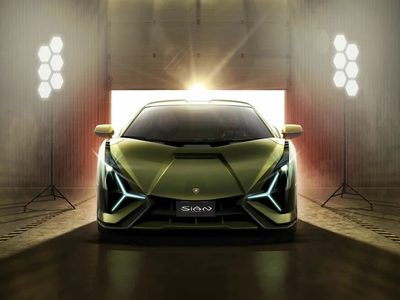 TransportTrade and servicesVehicle commerceCar and truck transport
OREANDA-NEWS Images of the news were published via Lamborghini Unica, a smartphone application designed exclusively for owners of Italian hypercars. This explains the rather annoying watermark applied across the entire image.

At the moment, the details of the new items are rather vague, but the car, apparently, is called "Sian" and is estimated at rather big $ 3.6 million. There is conflicting information about how many instances of the model will be created, although this probably does not matter, since Lamborghini was already able to find buyers for all of them. Whatever the cost, the orange “63” logo on the rear spoiler can show the number of units planned for production in the same spirit as the special edition SVJ 63.

We hear that the amazingly designed car, which is shown in the picture, uses the same naturally aspirated V12 as the SVJ, but with an electric component that works according to the Mild Hybrid principle. According to rumors, the total power plant output will be about 800 hp.