Lamborghini will Introduce the First Hybrid 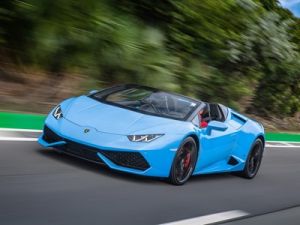 OREANDA-NEWS. Lamborghini presented its first-ever serial hybrid supercar and at the same time the most powerful car in the lineup. The novelty has received name Sián. Coupe with the "progressive design" that demonstrate the vector of development of corporate style, will be released edition of just 63 instance. They already bought.

At the moment details of the novelty rather vague, but, apparently, called "Sian" and is worth big $ 3.6 million. There is conflicting information about how much will create instances of the model, although this is probably irrelevant, since Lamborghini has been able to find buyers for all of them. What it's worth, the orange logo of "63" on the rear spoiler may show the number of units planned for production in the same spirit as the special edition SVJ 63.

Sian Lamborghini will release a limited edition of 63 copies in honor of the year of Foundation of the company, each of which are already sold at a price of about $ 3.6 million. The buyer will be able to individualize your car with the help of a program factory setting of the company.