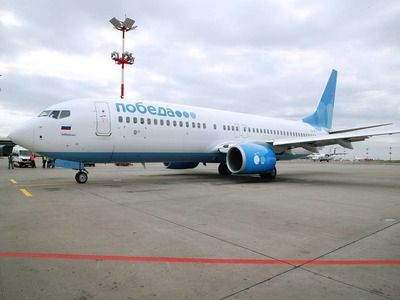 Media: Pobeda Will Raise Prices for Airline Tickets from Foreign Airports by about 40%

TransportAir transportInternational activitiesFinance accounting and audit
OREANDA-NEWS. Flights of the Pobeda low-cost airline from abroad to Russia will rise in price by € 25 due to the inclusion in their price of the cost of registering customers at airport racks. As the Russian news publication reported on Wednesday, citing air carrier representative Elena Selivanov, the price will be raised on October 28 with the start of winter navigation. It's noted that due to the inclusion of an additional fee in the price of the ticket, the price increase will affect those who previously checked in for the flight online.

According to Selivanova, the increase in air ticket prices was due to the fact that the Moscow City Court on October 8 satisfied the claim of the Moscow Interregional Transport Prosecutor’s Office and forbade the air carrier to charge an additional € 25 for check-in at the airport racks when flying to Russia. Selivanova added that if in Russia such a fee is immediately included in airport fees and airfare, then at foreign airports airlines pay for check-in separately.

Pobeda is the first Russian low-cost airline. The project was launched in September 2014. In addition to Victory, Aeroflot includes Aeroflot, Russia and Aurora airlines.