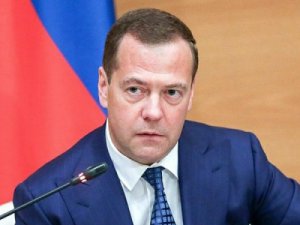 OREANDA-NEWS. The Russian Prime Minister Dmitry Medvedev has supported that point on confiscation of cars at the drivers who have made road accident in state of intoxication has been stated in the new version of the Administrative Code. Medvedev has made such statement at meeting of the State Council on development of network of highways and traffic safety.

Also Medvedev has urged to provide in the new code responsibility for failure to pay for driving on paid roads.

The Ministry of Internal Affairs has sent to the Cabinet of Ministers the offer on withdrawal of cars at drunk drivers on May 20. According to media if offense is committed twice, the car will be taken by the state and will be sold at auction.