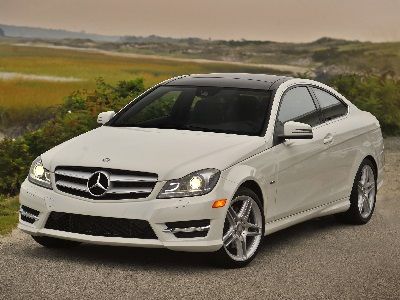 OREANDA-NEWS The company "Mercedes-Benz Rus" announced the recall of 7011 Mercedes-Benz C-and GLC-classes, implemented from 2017 to 2018. The reason for the recall is the existing probability that the status of the front passenger airbag displayed on the center console can be determined incorrectly, the press service of Rosstandart.

Authorized representatives of the manufacturer of JSC "Mercedes-Benz RUS" will inform the owners of cars subject to review by sending letters and/or by phone about the need to provide the vehicle to the nearest dealership for repair work.

At the same time owners can independently, without waiting for the message of the authorized dealer, determine whether their vehicle is subject to revocation. To do this, you need to compare the VIN-code of your own car with the attached list, contact the nearest dealership and make an appointment for repair.

The software of the Audio 20 head unit will be updated on the vehicles. All repairs will be carried out at the expense of the manufacturer and will not require additional.

Earlier, in November 2018, Mercedes-Benz Rus announced the recall of 1152 Mercedes-Benz GLC-class cars. The machines were produced from April to July 2018. The reason for the recall was a defect in the seat belt system on the rear seats: the tongue of the belt on the extreme rear seats, which can be drawn into the space between the lining and the rack and the rear side trim. .

Earlier was reported that in Russia last year increased sales of luxury-segment cars. In 12 months 1463 cars were sold in the country. This figure is 1.6% more than in 2017. According to the analytical information, almost half (49%) of this market accounts for only one model. It is – Mercedes-Benz Maybach S-Class. Its owners last year were 716 residents of Russia.

As previously reported, in the first ten months of 2018, the Russian dealers of Mercedes-Benz sold 31290 cars, which is 3% more compared to the same period last year. Thus, the Stuttgart brand remains the leader in the premium segment of the Russian car market.