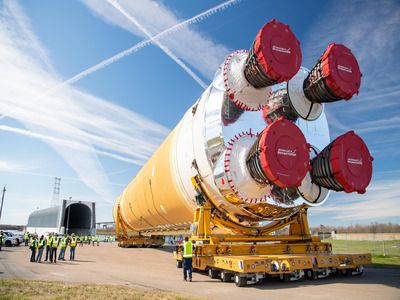 TransportSpace transportationInternational activitiesEvents
OREANDA-NEWS. The founder of SpaceX, Elon Musk, on his Twitter compared the situation with the launches of a promising NASA rocket, which so far has the working name SLS, with tragedy. He recalled that due to the fact that it is disposable, each launch will be very expensive.

“The main problem with SLS is that it cannot be used several times. This means that every time you launch a billion-dollar rocket just explodes! 100% tragedy”, he wrote.

SpaceX is developing reusable media projects, including the Falcon Heavy-like super-heavy launch vehicle. The first stage can be reused on it. Three launches of this rocket have already taken place, all three have been successful, however, they have never succeeded in successfully landing and fixing the first stage of the rocket on the platform. According to Mask, the cost of launching the Falcon Heavy is $ 150 million. The next launch of the rocket should take place in the summer of 2020, it will put the Pentagon military satellite into orbit.

NASA has been developing the SLS project since the early 2010s, and Boeing is also participating in the project. More than $ 10 billion has already been spent on the project.
Source: OREANDA-NEWS
Материалы по теме: