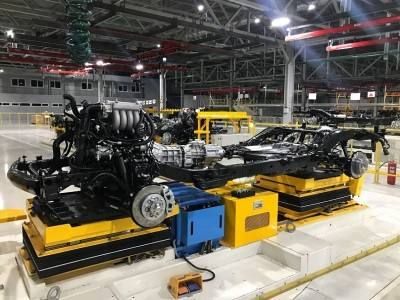 OREANDA-NEWS. In 2020, Avtotor Holding will have another car factory. it will be located in the area of ​​the main facility in the Kaliningrad region. Information about the project was told by the general director of the holding, Alexander Sorokin.

According to the plan, the company will produce automobiles of Avtotor’s main partners, that is, German BMWs or Korean brands Hyundai and Kia. However, the holding has not yet found suitable business partners in order to start construction. According to Sorokin, his name will be known after the automakers determine their production plans for the 2021st and subsequent years.

According to Sorokin, the total design capacity of the holding will remain the same - 250 thousand cars per year.  Some new models will be transferred to the new lines when new versions appear - these could be the cars of the main partners of BMW or Hyundai and Kia.