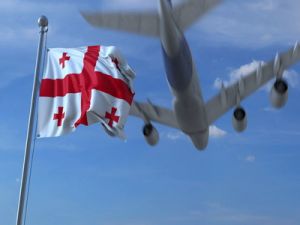 OREANDA-NEWS. Russian President’s spokesman Dmitry Peskov redirected the issue of concern over airline losses to the Ministry of Transport due to a ban on flights with Georgia. "The Kremlin shares the concern for the safety of our citizens, and all other issues to our transport department", he said.

The General Director of Ural Airlines previously said that due to the ban on air communication with Georgia, the carrier did not sell tickets worth 1 billion rubles. He added that the company has not yet received compensation for these losses from the state. The last flights between Russia and Georgia took place on July 7. The Ministry of Transport of the Russian Federation promised to consider the issue of compensation to air carriers for the termination of flights.

Relations between the two countries escalated after protests took place in Tbilisi due to the participation of Russian deputies in the international conference of Orthodoxy. The capital of Georgia in June this year was overwhelmed by protests. After that, Russian President Vladimir Putin signed a decree banning the air travel of citizens from Russia to Georgia by Russian airlines on July 8 and recommending tour operators and agents not to sell tickets to this country.