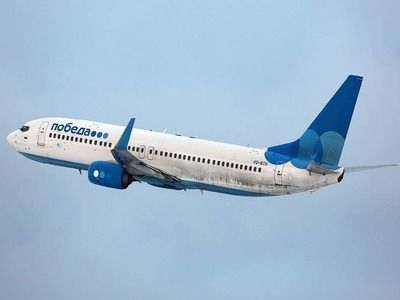 Pobeda Airlines Has Exported 382 Russian Tourists from Montenegro to Russia

TransportAir transportInternational activitiesTourism
OREANDA-NEWS. Two aircraft of the Pobeda airline on Thursday drove 382 citizens of the Russian Federation from Montenegro to their homeland. This was reported to the Russian media by the press secretary of the Russian embassy in the Balkan country, Kirill Kirzha.

In total, there were about 1.8 thousand Russian tourists in Montenegro who became hostages of the measures taken by the authorities of this country to stop air traffic in connection with the spread of coronavirus. Earlier, as Kirzh told the Russian media, Russian diplomats obtained in principle the Montenegrin side to organize the return of compatriots by Russian air carriers.

On Tuesday, Aeroflot Airlines and its Pobeda subsidiary announced that they could not return their passengers to the Russian Federation due to the lack of appropriate permission from the Montenegrin leadership. Russian Foreign Ministry spokeswoman Maria Zakharova noted that the Montenegrin side has linked its permission to fly Russian aircraft heading for Russian citizens with the export of Montenegrin citizens from these sides. “That is, the responsibility for Montenegrin citizens in Russia was shifted to Russia, but I haven’t read this in any textbook and haven’t seen this in practice”, she said.

The number of people infected with coronavirus in Montenegro per day increased from two to 10. Currently, over 3.5 thousand people are under sanitary surveillance in the country.
Source: OREANDA-NEWS
Другие новости: