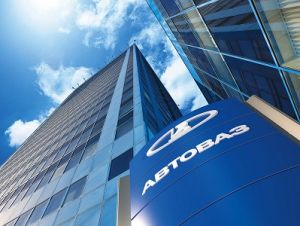 OREANDA-NEWS A joint venture of Rostec and Renault-Nissan Alliance Rostec Auto B. V. intends to increase its stake in "AVTOVAZ" up to 100% as a result of the offer and compulsory redemption of shares.

Then, the shares of "AVTOVAZ" could be delisted. The senior Vice-President of the group Renault and head of region Eurasia Nicolas Moore reported this information.

He recalled that the shareholders of AVTOVAZ are carrying out the procedure of company recapitalization. This plan was agreed between Renault and Rostec. "As you remember, at the end of 2016, an additional issue was carried out on an open subscription, this year we conducted an additional issue on a closed subscription and now we have sent a mandatory offer to purchase shares, following which more than 95% of the shares should be consolidated. And once we see that threshold reached - the results will be ready on September 10-then we can launch the final process that will allow our Rostec Auto B. V. to increase its share to 100%", - said the top Manager.

"It is possible, "he said, answering the question whether the delisting of AVTOVAZ shares is planned.

According to this information, the timing of squeeze-out has not yet been determined. "It is necessary to pass a number of regulatory procedures of the Central Bank, so I can not name the exact date. It'll take a few months. But so far we have no exact dates," said Moore.

Also, the amount that will be required for the purchase of shares is not yet known: "It depends on the valuation of shares, which should be carried out in accordance with regulatory procedures," he said.

Commenting on the price of the mandatory offer, which was set at 12.4 rubles per ordinary share, 12.2 rubles - per preferred share, Moore pointed out that in the case of forced redemption, it may differ.

"And in order to set the price for forced redemption, we must follow the rules of the Central Bank. Plus, the state protects the rights of minority shareholders, so we must be sure that we are doing everything right," the top Manager added.