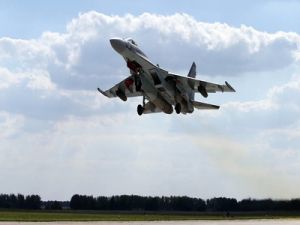 OREANDA-NEWS. The state corporation Rostec is ready to supply Turkish Su-35 fighters in case of a corresponding interest from the Turkish side. This was announced on Thursday by the head of the state corporation, Sergey Chemezov. “If our Turkish colleagues express a desire, we are ready to work out the delivery of the Su-35”, the press service of Rostec cites Chemezov.

Earlier, on July 17, the White House spokesman said in a written statement that Turkey’s decision to acquire Russian S-400 anti-aircraft missile systems made it impossible for her to continue to participate in the program for creating the fifth-generation F-35 American fighter-bombers. The Ministry of Foreign Affairs of Turkey on Thursday appealed to the United States to abandon the decision to exclude the republic from the program to create the F-35.

The fact that Turkey has made an advance for the Russian anti-aircraft missile systems S-400, the president of the country Recep Tayyip Erdogan said in September 2017. However, the United States is still unable to come to terms with the fact that their NATO ally has preferred the military products of the Russian Federation, and they are bringing new arguments that should convince Ankara of the inexpediency of such a purchase.

Earlier, "As I was explained in the Pentagon, it is impossible to simultaneously launch into the airspace of the F-35, where C-400 largely operates. This is not a technical description, but this technique cannot coexist, this is a serious technical problem". The Secretary of State said at a hearing on the Senate Congressional Foreign Affairs Committee on April 10.

The supersonic Russian fighter generation 4 ++ Su-35S was developed on the basis of the Su-27. The mass of the Su-35S is 19 tons, the practical ceiling is 20 thousand meters, the maximum speed is 2.5 thousand km/h, the crew is one person. Armament - a 30mm air cannon, up to 8 tons of combat load missiles and bombs of various types.