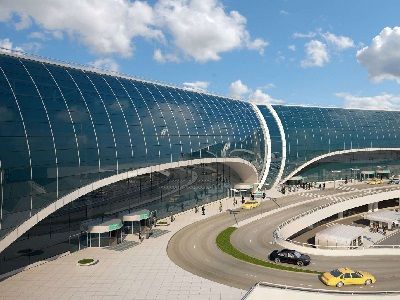 OREANDA-NEWS Russians have chosen names for 42 airports of the country within the framework of the project "Great names of Russia", three more airports will hold an additional stage of voting. The results of the vote on Tuesday were announced on the program "60 minutes" on the TV channel "Russia-1".

According to the voting results, Moscow Sheremetyevo airport will be named after the poet Alexander Pushkin, and Domodedovo airport - in honor of the scientist Mikhail Lomonosov. Named for the capital airport Vnukovo and airport of the city of Penza, the decision on conducting the second round or the approval of the results of the vote will be taken in a couple of days. Pulkovo airport in St. Petersburg will also expect the results of the second stage of voting.

The second round of the competition for the assignment of the names of outstanding compatriots to Russian airports within the project "Great names of Russia" will be held in several regions from 10 to 21 December. According to the data provided, additional names for the three airports will be determined after the second stage of voting.

Thus, the names of Admiral Nikolai Kuznetsov, writer Fyodor Abramov and researcher Ivan Papanin will be proposed in the second round of voting for the Arkhangelsk airport, in Nizhnevartovsk the name for the airport will be chosen among the candidates of military pilot Nikolai Arkhangelsk, statesman Alexander Filipenko and oilman Victor Muravlenko. In St. Petersburg will choose from the names of commander Alexander Nevsky, writer Fyodor Dostoevsky and composer Dmitry Shostakovich.