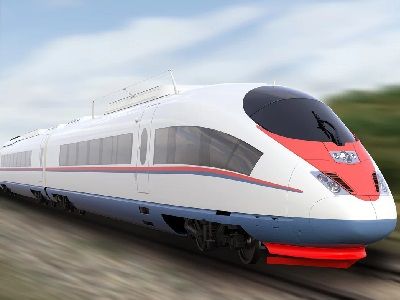 OREANDA-NEWS  Russian Railways has developed the appearance and technical characteristics of the first Russian high-speed train.

The composition, according to the press service, will consist of 12 wagons. Among them-first class wagons, business class, economy class, dining wagon or bistro, as well as "tourist class wagons ". At the same time, the train will be able to carry 682 passengers. Another 40 seats will be provided in the bistro car.

One of the main features of the Russian high-speed train in the "daughter" of Russian Railways called the possibility of turning the seats in the direction of movement. Such a function, as specified in the "high-speed highways", will be equipped with 85 passenger seats in tourist wagons. Passengers of the first class, in turn, will be able to lie down during the journey — their seats will be fully decomposed. In the wagons of other classes of seats, according to the concept developed by the company, will recline at different angles.

The first such train, as it is sure in Russian Railways, will be launched on the Moscow — Kazan high-speed railway. Its construction is scheduled to begin next year. In the path of the composition, according to the press service, will be able to reach the speed of 360 km/h. While its demo speed — 400 km/h, the company said. For comparison, the "Sapsan" can accelerate up to a maximum of 250 km/h journey. Trip time from Moscow to Kazan instead of the current 14 hours as calculated in Railways will reach 3.5 hours.

To select the manufacturer of rolling stock of the new high-speed train of Russian Railways, as noted in the press service, will announce an open competition. Trains "Sapsan", which run between Moscow, St. Petersburg and Nizhny Novgorod, " Russian Railways " buy from the German Siemens AG.

The construction of the first high-speed railway in Russia, which is to pass from Moscow to Kazan, was discussed in 2013. It was assumed that this road will pass through Vladimir and Nizhny Novgorod. In July last year, RBC found that under this project, Russian Railways expects to receive from the state budget of 400 billion rubles. Total cost of construction of such a path, according to the presentation "high-Speed highways", by the time amounted to 1,288 trillion RUB the Remaining funds, the Railways had planned to get from the Chinese and German investors.

The German Opposition Demands Compensation for the Fact, that During the Holocaust, the Victims Paid for Tickets to Death CampsOreanda.ru | 25.01.2021 10:17:05