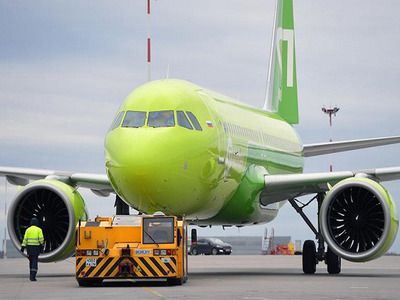 TransportAirports, air-traffic controlTourismInternational activities
OREANDA-NEWS. S7 Airlines canceled an export flight from Kamran to Vladivostok due to the lack of a list of passengers for export. This was reported to the Russian media in the press service of the airline.

"S7 Airlines is forced to cancel the Kamran-Vladivostok export flight scheduled for April 30. The Ministry of Communications hasn't managed to compile a list of passengers for this flight yet", the company said. Earlier, the Federal Air Transport Agency announced the introduction of the Kamran - Vladivostok flight on April 30 in the preliminary schedule of export flights.
Source: OREANDA-NEWS
Другие новости: