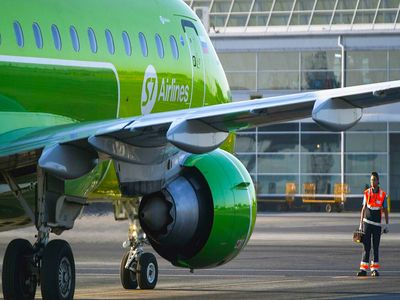 S7 Plans to Remove about 6.5 Thousand Russians from Abroad by Mid-April

TransportTourismAirports, air-traffic controlAir transport
OREANDA-NEWS. S7 Airlines expects to complete the export of Russian citizens from abroad by mid-April. At the moment, more than 40 charter flights are planned for April, and about 6.5 thousand passengers are left to take out. Grigory Davydov, Deputy General Director for S7 Group Strategy, told the Russian media.

“S7 Airlines continues to carry out charter flights for the export of Russians on a number of international routes, including from Turkey, Japan, and Vietnam popular among Russian travelers”, he said.

“More than 40 charter flights are planned for April, we need to take out about 6.5 more thousand passengers. And in February - March, S7 Airlines took about 30 thousand people home from foreign countries. We expect to complete the process of returning travelers by mid-April".
Source: OREANDA-NEWS
Другие новости: