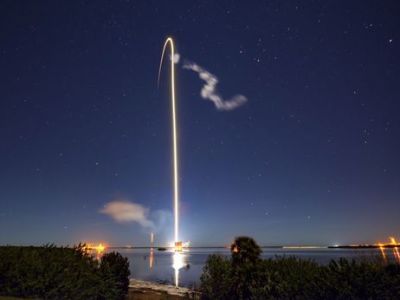 This is stated in the Twitter account of the company SpaceX. Falcon 9 started at 21:19 Eastern Standard Time from the space launching site at Cape Canaveral in the State of Florida (USA). The rocket stage made a controlled landing on the floating platform Of Course I Still Love You in the Atlantic Ocean. It became the fourth flight for this stage.

Satellites will operate in an orbit at an altitude of 290 kilometers. The Starlink network is designed to provide Internet access for users all over the planet due to the deployment of a large number of small apparatuses weighing up to 500 kilograms. This communication system will provide broadband Internet access at a speed of 1 gigabyte per second (which corresponds to the 5G standard) and cover even inaccessible and sparsely populated areas.