The Last Volkswagen Beetle Rolled Off the Assembly Line 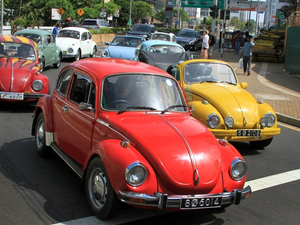 OREANDA-NEWS The release of one of the most popular Volkswagen Beetle cars in history will be stopped on Wednesday at a Mexican factory, where it has been assembled since 1967.

According to Excelsior, the Beetle was published more than 80 years ago. Since 1996, it was collected exclusively in Mexico. In total, more than 21.5 million different models of the Beetle were released worldwide.

On Wednesday, July 10, the assembly of a special batch of Beetle New will be completed, and the last of these cars will go to the museum.