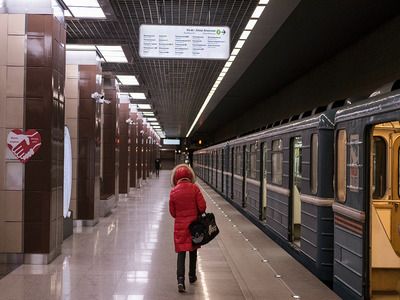 The Load on Moscow Metro Fell by 44% per Month

TransportRailway transportState services to societyInternational activities
OREANDA-NEWS. The number of passengers in the Moscow metro continues to fall: as of March 25, the load on the subway fell by 44%, the metropolitan department of transport said on its Telegram channel.

The press service of the department clarified to the Russian media that they were comparing data as of the morning of February 26 and March 25. Also, almost a third - 32% - in Moscow, the number of trips by buses, trolleybuses and trams decreased, the number of passengers of electric trains decreased by the same amount.

According to the deptrans, amid the spread of the new coronavirus, older people who are at risk for the disease have become less likely to use public transport - there are 70% less such passengers.
Source: OREANDA-NEWS
Другие новости: