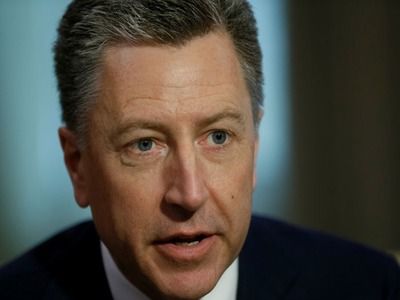 TransportAir transportMilitary securityInterstate relations
OREANDA-NEWS. Kurt Volker, special representative of the US State Department for Ukraine, said that Russia should stop the disinformation campaign around the tragedy of Malaysia Airlines flight MH17 and punish those responsible. “It’s time for Russia to stop its lies around the downed MH17 and stop its rude disinformation campaign. Russia should cooperate with the investigation and adhere to UN Security Council resolution 2166 (2014) and ensure that all the defendants currently in Russia are brought to justice", - Volker wrote on his twitter.

He also noted that he paid tribute to the Joint Investigation Team for "dedication and commitment to finding out the truth about the crash of MH17". "We welcome the efforts to ensure justice for the 298 civilians killed in 2014, and we express our sympathy to the families and friends of the victims", the US special representative added.

The International Joint Investigation Group on Wednesday announced the names of four suspects involved in the death of flight MN17: Russians Igor Girkin (Strelkov), Sergey Dubinsky, Oleg Pulatov and Ukrainian Leonid Kharchenko. The Netherlands Prosecutor’s Office plans to bring charges against these individuals in the case of the Boeing crash.

The Russian Foreign Ministry said that in Moscow "there continue to arise fair questions about the quality of the work of the RESS" and "concerns about the bias and one-sidedness of the ongoing process". "Nevertheless, the Russian Federation will continue to assist the investigation in order to establish the truth about the death of the flight MN17, and the real perpetrators of the incident will be justly punished", the Russian foreign ministry said.

Malaysia Airlines Boeing 777, which operated flight MN17 Amsterdam (Netherlands) to Kuala Lumpur (Malaysia), was shot down in the skies over Donetsk region on July 17, 2014. On board were 298 people. They all died.