Uber Suffered a Record Loss of $5.2 Billion in the Second Quarter of 2019 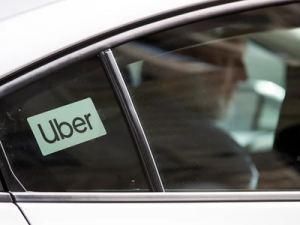 OREANDA-NEWS Uber reported the largest quarterly loss and slowest revenue growth in the history of the company. Uber CEO admits that their financial results have already become an occasion for memes, but assures that in the long run the company will become profitable. Uber shares which after the IPO almost did not trade above the offering price fell by more than 10%.

This is the largest quarterly loss and slowest revenue growth for the quarter, notes The Wall Street Journal. The size of the loss was not a surprise - analysts surveyed by Bloomberg predicted that it could reach $5.27 billion. “This is more than New York spends on operating the metro over the same period of time. More than the amount that Boeing is going to write off to cover the costs associated with the problematic 737 Max. Uber’s losses are almost 10 times more than Amazon’s losses for the quarter,” the agency wrote.

Revenues fell short of the forecast - analysts expected it to be $3.3 billion. Uber shares, which closed on Thursday at 4.5% below the initial offering price in May, fell 12% after the close of trading.

The increase in losses is associated with high expenses in connection with the IPO of the company. According to the reports, Uber spent $3.9 billion on this. Also, in connection with the IPO, Uber paid drivers $300 million at a time. Another reason for the growth of losses is fierce competition around the world and expenses for subsidizing tariffs and attracting drivers.