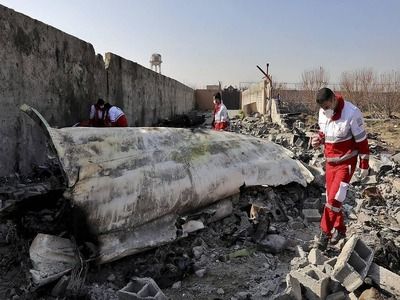 TransportJusticeAir transportIncidents
OREANDA-NEWS. Foreign Minister of Ukraine Dmitry Kuleba discussed with his Iranian counterpart Mohammad Javad Zarif the legal mechanism for compensating the relatives of those killed in the UIA plane crash near Tehran, which was mistakenly shot down by the Iranian military in January.

"We went in very detail on the issue of compensation in terms of the formation of legal mechanisms for this", Kuleba said at a briefing on Tuesday. According to the minister, Ukraine will insist both on the payment of compensation to the relatives of the victims of this tragedy, and on the “establishment of absolutely all its circumstances and holding the perpetrators accountable”.

In addition, Kuleba added, Ukraine continues to insist on the transfer of flight recorders to it with a subsequent decision on the place of their decryption and on their study with the participation of countries whose citizens died as a result of the tragedy.