Russian Producer Prigozhin Offers to Create an Analogue of «Eurovision» 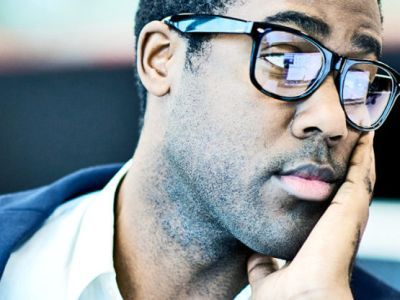 Avoid ‘attention residue’ while switching tasks with this plan

OREANDA-NEWS  When you have to switch tasks at work, making a plan to return to and finish the task you’re leaving can help you better focus on the new, interrupting work, according to new research.

“It’s like Windows staying open in our brains, and it makes it hard to focus on the intervening work.”

Taking a minute when interrupted to create a “ready-to-resume” plan can help you disengage and move on, avoiding what Sophie Leroy, an assistant professor in the University of Washington’s Bothell School of Business, calls “attention residue”—that is, continuing to worry and think about the last work when you need to pivot fully to the new task. Especially if there are deadlines involved.

Leroy likens the human brain to an early computer that would slow down or perform poorly if too many Windows were running. That’s how we are when asked, when time is short, to leave one incomplete task to work on something new—our brains find it hard to switch away from incomplete, interrupted work.

The ready-to-resume plan needn’t be long or elaborate, Leroy says. Even a minute’s work will do, to note where you left off, and, as Leroy and coauthor Theresa Glomb of the University of Minnesota’s Carlson School of Management write, “where to resume, what challenges are left, and/or what actions (you) must postpone but resume later.”

Leroy says she began pondering interruptions and attention residue when she was a consultant, before her years in academia. Her work group would end a conference call only to realize they had each at some point “checked out” from the meeting—they would struggle to stay focused because their attention kept going back to their other pending projects.

This prompted her, she says, to think about how, much as we try to multitask, we can really only have focused attention on one task at a time to do our best work.

To test the benefit of their ready-to-resume plan, Leroy and Glomb conducted four studies in which subjects were set to work on a task with a time constraint and then interrupted for a different project.

The first was a field study surveying 202 working professionals from organizations in the Midwest, asking them to report on their experience when interrupted.

The researchers conducted the second study in the laboratory where participants were similarly interrupted from a Task A to work on a Task B. This study involved word associations to determine whether the subjects, while working on the interrupting Task B—and minus any plan to resume—were still thinking about the work they left behind in Task A. They were, the results showed—and their performance on Task B suffered as a result.

The researchers also conducted the third and fourth studies, of 66 and 44 student subjects respectively, in the laboratory and designed to test the benefits of the ready-to-resume plan, which the subjects had written as they disengaged from the first task. Here, subjects closely reviewed professional résumés as if in a hiring situation.

“What I show is that people who have done the ready-to-resume plan make better decisions, and recall more information from those résumés that they just read,” Leroy says. “It’s an improvement in performance, both in quality of information retained and in the ability to make decisions with complex information.”

That is, creating a quick ready-to-resume intervention, they found, significantly reduced attention residue as subjects worked on the new, interrupting task, and improved their performance on that task.

The studies did not explore whether the plan improved performance on the interrupted Task A when participants returned to it. But Leroy says here is no reason to believe such a plan does not help in performing that task as well.

Working in this way, she says, others will come to understand that you need a minute to gather your thoughts before turning your attention to an interrupting task.

“We have to proactively manage the way we transition between tasks to help our attention be more focused and less distracted or divided among everything we have on our plate,” she adds. “The ready-to-resume plan is one simple way to help when dealing with frequent interruptions.

“In doing so, we actually also help the person who interrupts—because we will be more present in that interaction and our input will be of higher quality.”

The researchers report their findings in the journal Organization Science.