Police Officer Killed in Shooting in the United States 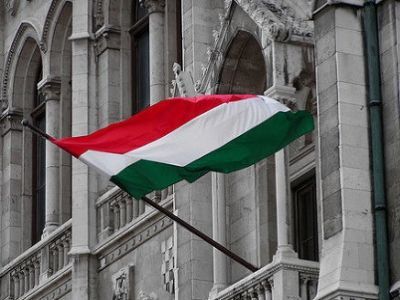 Hungary: Europe is insisting on an immigration policy that allows dangerous extremists to enter the EU

OREANDA-NEWS. According to Prime Minister Viktor Orb?n, Europe is insisting on an immigration policy that allows dangerous extremists to enter the EU, but Hungary instead professes that rather than bringing the trouble here, help should be taken to where it is needed. “Hungary is helping persecuted Christians to return home”, he stated.

“We, Hungarians, want Syrian, Iraqi and Nigerian Christians to be able to return home to the land that their ancestors have inhabited for hundreds of years as soon as possible, this is what we call Hungarian solidarity (…) Hungary helps”, the Prime Minister said on Thursday in Budapest at an international conference on persecuted Christians entitled “Searching for Answers to a Long-ignored Crisis”.

“A group of Europe’s intellectual and political leaders want to create a mixed society that would completely change the continent’s cultural and ethnic identity, and Christian nature, within just a few generations”, he said.

“Hungary, however, is doing the opposite of what Europe is currently doing. We are doing what we must do according to local Christian leaders, and which is currently most important for the communities they lead: we are providing assistance to enable people to move back to their homes”, Mr. Orb?n highlighted, according to whom the best way of providing assistance is to give resources to the Churches of persecuted Christians.

In his opening speech at the conference, which was organised by the Ministry of Human Capacities, the Prime Minister began by stating: “Today, I do not want to talk about the persecution of Christians in Europe, which is a persecution of a spiritual nature, operates using subtle and crafty methods, and is undoubtedly unjust, discriminative and sometimes painful, and although it often occurs to our detriment, it is nevertheless tolerable, but it can in no way be compared to the brutal and physical persecution suffered by Christians in Africa and the Middle East”.

“The greatest danger threatening us today is the indifferent silence of the European elite who are renouncing their Christian roots, despite the fact that the fate of Middle Eastern Christians should wake Europe up to the fact that, no matter how unbelievable it may still seem, what happened there could also happen to us”, he stressed.

“It is a fact that Christianity is the most persecuted religion in the world today, in view of the fact that 215 million Christians in 108 countries are currently suffering from various forms of persecution, four out of every five people who are being oppressed because of their faith are Christians, and in 2015 in Iraq, a Christian was murdered every five minutes because of their religious beliefs”, the Prime Minister declared.

However, he continued, it is also a fact that we can read very few reports about these events in the international press, and we also “need a magnifying glass” to find political statements that condemn the extermination of Christians.

“The world must become aware of the crimes that have been committed against Christians in recent years, and it must understand that the persecution of Christians today is a precursor of global processes. The world must understand that what is at stake today is nothing less than the future of the European way of life and our own identity”, Mr. Orb?n emphasised.According to the Prime Minister, although Hungary is a mid-sized European state, events have unfolded in a way that have led to Hungary playing the role of initiator in this issue, explaining that in his view the reason for this is that although there are many well-intentioned and true Christian politicians in Europe, they do not have the political power to act according to their beliefs. “Hungary, however, is a stable country in which the political force heading the government has won two elections with two-thirds majorities, and which also has a stable political hinterland and a stable public opinion, which means that we are in a position to raise our voices against the persecution of Christians”, he explained.

“To us, Europe is a Christian continent and we would like to keep it that way, and although we may not be able to preserve all of it, we would at least like to save the little slice of it that the Good Lord entrusted to the Hungarians”, he said.

The Prime Minister called on European politicians to urgently put aside “politically correct speech and human rights cautiousness” and to do everything in their power in the interests of persecuted Christians.

With regard to the Hungarian Government’s activities to prevent the persecution of Christians, Mr. Orb?n recalled that in 2016 the Government set up a special Deputy State Secretariat for the prevention of the persecution of Christians, and that in addition to helping to reconstruct the homes and churches of Christian communities, it is also building civic centres in Iraq, Syria and Lebanon in cooperation with Hungarian Interchurch Aid.

The Hungarian Government has also established a special scholarship programme for young people from persecuted Christian families, which enables them to return home and become determining and supportive members of their communities after completing their studies in Hungary, he told those present, also noting that the Government is also working on founding a university in cooperation with the P?zm?ny Peter Catholic University.