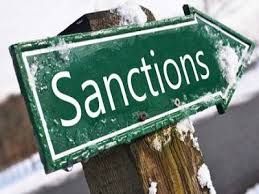 Hungary lost USD 6.5 billion due to sanctions against Russia

OREANDA-NEWS. The Hungarian economy has sustained a loss of some USD 6.5 billion due to the sanctions implemented against Russia, Minister of Foreign Affairs and Trade Péter Szijjártó stated in an interview published in the Tuesday issue of the newspaper Kommersant which the Russian news agency TASS also covered.
Mr Szijjártó believes that the sanctions are not effective, and are clearly harmful.

“According to our calculations, Hungary’s lost profit in the area of exports amounted to USD 6.5 billion over the course of three years. Considering that Hungarian exports amount to USD 90 billion annually, this is a sensitive loss”, he said.

Mr Szijjártó expressed hope that the EU will lift some of the punitive economic sanctions at its summit to be held in March, adding that a great deal will depend on the Russian-American dialogue. In his words, if there is a shift in the dialogue between Moscow and Washington, it will be easier to convince the European partners to follow the same path.

“Regarding relations with Moscow, the EU follows the United States in many respects, despite the fact that the Russia policy of the United States has not been to our liking so far. We therefore welcome Donald Trump’s election victory”, he told the newspaper.

According to Mr Szijjártó, the Hungarian Government does so primarily on account of Mr Trump’s immigration policy which is similar in its approach to its own and is different from that of the Democratic Party, and because the “democracy exportation” of the Democrats in the United States has destabilised the situation in a number of countries. In his words, Central-Europe has always been on the receiving end in conflicts between East and West, and Hungary therefore supports a US-Russia dialogue.

As he said, Hungary seeks to be one of the “pillars” of the re-establishment of European-Russian relations. He took the view that if the EU fails to engage in a pragmatic dialogue with Moscow, it stands to lose a great deal, among others, due to keen competition with China, the United States and Britain.

In the interview the Minister took the view that the EU has reduced the debate on the sanctions against Russia to a low level, despite the fact that several European countries are opposed to them. On the day of decision-making, however, Hungary was eventually left on its own with its position, but chose not to exercise its veto against the punitive economic sanctions because it did not wish to upset unity within the EU.

He said that the Hungarian Government primarily expects an economic dialogue from the visit to Budapest of Russian President Vladimir Putin which is scheduled for 2 February. He expressed hope that the European Commission will soon adopt its decision on the enlargement of the Paks atomic power station, and the project may begin. He mentioned that Hungary wishes to engage in negotiations with Gazprom regarding cooperation beyond 2021. He additionally pointed out that the agenda of the negotiations will also feature contemplated action against the persecution of Christians and the refurbishment of four Russian Orthodox churches in Hungary.