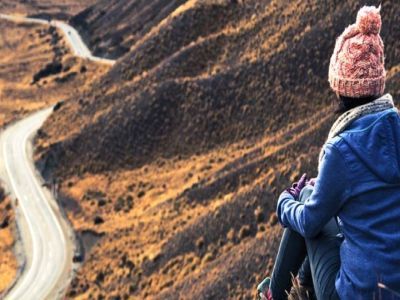 OREANDA-NEWS People who tend to think further into the future may be more likely to invest money and avoid risks, a new study suggests.

The researchers also found an association between longer future-sightedness and less risky decision-making, the study shows.

“Twitter is like a microscope for psychologists,” says Phillip Wolff, an associate professor of psychology at Emory University and coauthor of a paper which appears in the Proceedings of the National Academy of Sciences. “Naturalistic data mined from tweets appears to give insights not just into tweeters’ thoughts at a particular time, but into a relatively stable cognitive process. Using social media and big-data analytical tools opens up a new paradigm in the way we study human behavior.”
Coauthor Robert Thorstad, a PhD candidate in Wolff’s lab, came up with the idea for the research, worked on the design and analyses, and conducted the experiments.

“I’m fascinated by how people’s everyday behavior can give away a lot of information about their psychology,” Thorstad says. “Much of our work was automated, so we were able to analyze millions of tweets from thousands of individuals’ day-to-day lives.”

“One possible interpretation is that the difference is due to a feature of social media,” Wolff says. Another possible reason is that prior studies explicitly asked individuals how far they thought into the future while the paper used the implicit measure of previous tweets.

While the relationship between future-sightedness and decision-making may seem obvious, previous findings on the subject have not been consistent. Those inconsistencies may be due to factors such as observer bias in a laboratory setting and small sample sizes.

They gathered experimental data using the Amazon crowdsourcing tool Mechanical Turk, a website where individuals can complete psychology experiments and other internet-based tasks. Researchers asked participants in the Mechanical Turk experiments to supply their Twitter handles.

In one experiment, Mechanical Turk participants answered a classic delay discounting question, such as: Would you prefer $60 today or $100 in six months? The researchers also analyzed the participants’ tweets.They measured future orientation by the tendency of participants to tweet about the future compared to the past and future-sightedness based on how often tweets referred to the future, and how far into the future.

The results showed that future orientation is not associated with investment behavior, but that individuals with far future-sightedness are more likely to choose to wait for future rewards than those with near future-sightedness. That indicates that investment behavior depends on how far individuals think into the future and not their tendency to think about the future in general.

A second Mechanical Turk experiment used a digital Balloon Analogue Risk Task (BART). Participants’ could earn real money every time they inflated a balloon, but each inflation could lead to the balloon popping, resulting in no money earned for that trial. If participants stopped inflating before the balloon popped, they could bank the money that they earned and proceed to the next trial.

Researchers also analyzed the BART participants’ tweets. The results showed that those with longer future-sightedness were less likely to take the risk of fully inflating the balloon.

Another study in the paper focused on Twitter users whose profiles tied them to a particular state. About eight million of their tweets were analyzed for future-sightedness.

The researchers measured a state’s risk-taking behaviors at the population level using the proxy of publicly available statistics, such as seat-belt compliance rates, drunken driving rates, and teenage pregnancy rates.

The results show that shorter future-sightedness measures for tweets from individual states correlated closely to higher rates of risky behaviors, in a pattern similar to the results of the individual experimental studies.

To measure a state’s investment behavior, the researchers used state statistics for spending on state parks, pre-kindergarten education, highways, and per-pupil education. The researchers found that states that invested more in these areas were associated with tweets from individuals with longer future-sightedness, but not at a statistically significant level.

The researchers controlled for state demographics such as political orientation, per capita income, household income, and GDP.

“We found that, while demographics are important, they couldn’t explain away the effects of future-thinking,” Wolff says.
The estimated 21 percent of American adults who use Twitter tend to be younger and more technologically literate than the general population, Thorstad says. But he adds that Twitter’s demographics are not that far off from the general population in terms of gender, economic status, and education levels. And the percentages of Twitter users living in rural, urban, and suburban areas are virtually the same.

“Twitter can provide a much broader participant pool than many psychology experiments that primarily use undergraduates as subjects,” Thorstad notes. “Big-data methods may ultimately improve generalizability for psychology results.”

“Through social media, we’re amassing huge amounts of data on ourselves, behaviorally and over time, that is leaving behind a kind of digital phenotype,” Wolff adds. “We’re now in an age where we have big-data analytical tools that can extract information to tell us something indirectly about an individual’s cognitive life, and to predict what an individual might do in the future.”