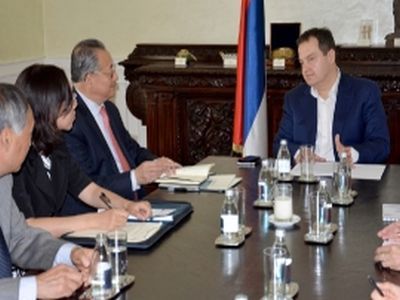 Dr Qian Tang outlined his priorities and vision for UNESCO's work, which he intended to implement if elected to head this important organization.

The meeting, also attended by Chinese Ambassador in Belgrade Li Manchang, was also an opportunity to present to the candidate for the post of UNESCO Director-General the priorities of the Republic of Serbia for cooperation with this organization, as well as to underline in particular Serbia's active engagement against the politicization of UNESCO's activity.

Both sides noted the very friendly and highly developed relations between the two countries, at both bilateral and multilateral levels.