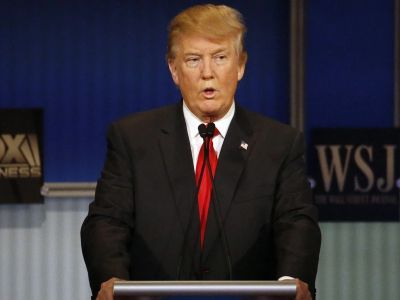 OREANDA-NEWS  The day after President Trump’s inauguration on January 21, the People’s Daily newspaper led with the news that Yu Zhengsheng had presided over the fifth plenary session of the Central Committee of the Chinese Communist Party and that China’s GDP grew 6.7% in 2016.

Other papers also led with the domestic news agenda. It was left to the Global Times, an English language Chinese newspaper under the control of the People’s Daily, to inform its readers that a man called Donald Trump had been sworn in as the 45th President of the United States. An editorial informed readers that the “Trump era signals dramatic changes” and that while Trump’s China policy had yet to take shape, frictions and trade tensions with the US and its allies seemed inevitable in the four years ahead.

Although Trump didn’t specifically mention China in his inauguration address on Friday, he did proclaim that under his presidency he would protect Americans from the “ravages of other countries making our products, stealing our companies and destroying our jobs.” Just three days before, US Commerce Secretary nominee Wilbur Ross at his confirmation hearing attacked overcapacity in the Chinese steel industry, and hinted that the US may impose anti-dumping and countervailing duties on Chinese steel and aluminum exports.

While this sort of talk probably plays well to Trump’s constituency, the new president and his commerce secretary might be picking on the wrong targets.

In 2014, total Chinese exports of metals and metal goods to the US – including not only unprocessed steel and aluminum, but also items as diverse as hand tools, screws, nuts, bells and gongs – only accounted for $23 billion, or about 5%, of the country’s $439 billion of exports to the US. In the same year total US agricultural exports to China were $18.7 billion, of which $15.5 billion were soybeans.

It’s quite clear that China would retaliate against any US trade actions. Speaking at the World Economic Forum in Davos last week, Chinese President Xi Jinping cautioned that “no-one will emerge as a winner from a trade war”. In the 2015–2016 crop year, China imported around 83 million mt of soybeans, of which 23.2 million mt – or around 28% – came from the US. Even a 2 million mt drop in US soybean exports would hit US farmers quite sharply. And the Midwestern farming community is one that Trump could be, or perhaps should be, wary of annoying .

The likely impact on China is also relatively murky. According to Christopher Lee, Chief Ratings Officer at S&P Global Ratings in Hong Kong, it’s not China’s metals sector that would be most affected by any US trade action, but rather companies making auto parts, consumer products and electrical items. According to Lee, trade actions would most impact employment and output in China’s coastal provinces, where the majority of export-oriented light manufacturing industries are based.