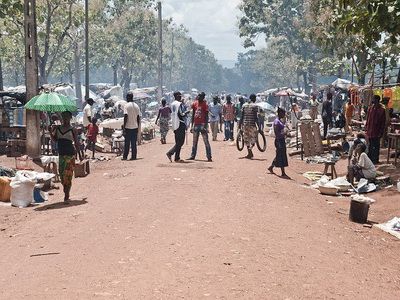 World
OREANDA-NEWS. Amid rising tensions in Central African Republic’s Ouaka prefecture and in and around its town of Bambari, a senior UN humanitarian official in the country has appealed for calm and refraining from any act that could further increase the fragility of an already vulnerable population.

"With a population of 42,000 and more than 26,000 displaced people, an open conflict in Bambari would be devastating to the civilian population," said Michel Yao, the Acting Humanitarian Coordinator in the country.

Calling on all armed groups and non-State actors to realize the impact of a violent confrontation on the already sensitive situation of the local population, Dr. Yao added: "The likelihood of such a conflict suggests a dangerous increased in the fragility of the displaced population whose vulnerability remains a source of concern in several aspects."

Further, urging armed and non-State groups not to jeopardize the achievements of the last two years in terms of reconciliation and social cohesion, as well as the improvement in the humanitarian situation, Dr. Yao encouraged and supported all efforts from the UN mission in the country, known by the French acronym MINUSCA, the international community and national authorities to avoid clashes that could threaten the protection of the civilians.

People in and around Bambari, located some 385 kilometres (about 240 miles) north east of the nation’s capital Bangui, have already suffered the consequences of several waves of violence by armed groups.

Additionally, since the start of conflict Bria – the capital of the neighbouring Haute-Kotto prefecture – last September, more than 18,000 newly displaced persons have arrived in the Ouaka prefecture, which borders the Democratic Republic of the Congo.

In Bambari town, there more than 300 newly displaced from the Bambari-Ippy-Bria axis, all in dire need of relief.

"I call on all parties to the conflict to ensure the unimpeded humanitarian access to the vulnerable groups of people by the humanitarians and vice versa" noted Dr. Yao.

Clashes between the mainly Muslim S?l?ka rebel coalition and anti-Balaka militia, which are mostly Christian, plunged the country of 4.5 million people into civil conflict in 2013. According to the UN, more more than half the population is in dire need of assistance. Despite significant progress and successful elections, CAR has remained in the grip of instability and sporadic unrest.

In December 2016, the Mission supported a new dialogue between 11 of the 14 armed groups, as part of an ongoing effort to disarm the factions.