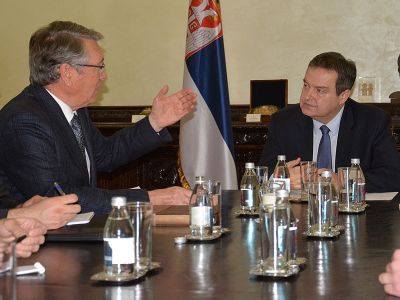 In the talks, they summarized the results of successful cooperation carried out between the two countries in 2017. The upcoming visit by the Serbian delegation to Moscow, to be led by President of the Republic of Serbia Aleksandar Vucic, would demonstrate mutual commitment to the further deepening of overall bilateral relations by joint efforts in the future as well.

The officials estimated that the upward trend of cooperation was fully in line with the friendly ties between Serbia and Russia.
Source: http://www.mfa.gov.rs
Подписывайтесь на наши группы: Instagram | VK | Facebook | Twitter
Rate this article:
Print