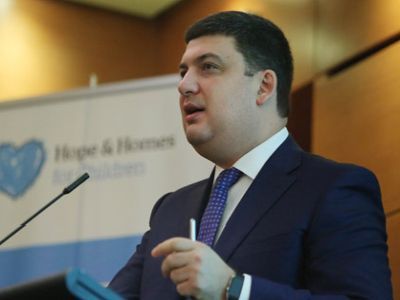 OREANDA-NEWS Revenues as a result of operation of the customs service in December increased by UAH 4 billion. This was stated by Prime Minister of Ukraine Volodymyr Groysman during a meeting with journalists in the course of visiting the Chernihiv Higher Vocational School of Consumer Services.

"In the past year I achieved that since August the customs payments grew by over UAH 2 billion monthly. In December we got an increase of UAH 4 billion. This means that we managed to abolish a number of corruption schemes to the tune of UAH 4 billion that used to be distributed among unscrupulous dealers", said Volodymyr Groysman.

The Government decided that 50% of the resource obtained as a result of overfulfilment of plans of customs payments would be transferred to local budgets, he said.

In this regard the Prime Minister noted that "customs officers should better cooperate with all power structures to prevent grey imports and smuggling".