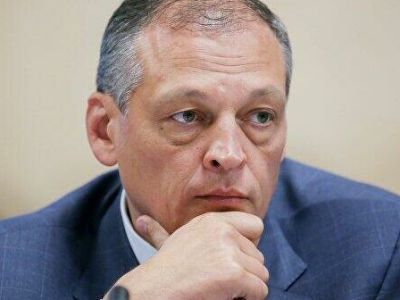 A Deputy of Russian Parliament Died in a Helicopter Crash

OREANDA-NEWS. The deputy of the State Duma of the Russian Federation Airat Khayrullin died in a crash of a helicopter in the Republic of Tatarstan. This was reported by RIA Novosti news agency with a reference to a source in emergency service.

According to the interlocutor of journalists, two other people, who were on board, survived. The press service of the Ministry of Emergencies confirmed the death of one and injuring two people. The latter were sent to a hospital.

As it became known earlier, a private Bell helicopter with a pilot and two passengers on board crashed in the Laishevsky district of Tatarstan, 30 kilometers from the capital of the republic Kazan.

The emergency service reported that a team of rescuers went on a hovercraft to the crash site.
Source: OREANDA-NEWS
Материалы по теме: