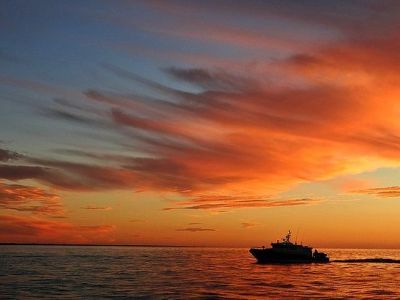 OREANDA-NEWS. The Russian Embassy in the Republic of Benin and Togo reported on April 21 that the pirates left the territorial waters of Benin together with eight hostages, including three Russians.

On April 19, pirates boarded the container ship Tommi Ritscher anchored in Benin’s waters. The vessel was sailing under the flag of Portugal. 11 crew members took refuge in a specially protected room, and 8 people did not have time to do so.

The next day, the ship requested help from Nigeria, which sent a patrol boat with servicemen of the Navy to the scene.

According to the latest information from the Benin Navy, representatives of the authorities of this country boarded Tommi Ritscher. They found on board 11 crew members who barricaded themselves during an attack.

A representative of the Russian diplomatic mission in Benin and Togo told that now representatives of the Benin authorities and pirates are holding talks.
Source: OREANDA-NEWS
Другие новости: