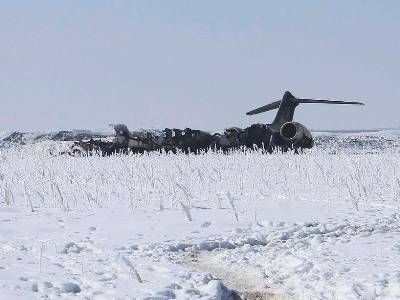 Afghan Authorities Revealed the Cause of the Crash of American Aircraft

OREANDA-NEWS. Gulam Masum, the head of the air traffic control unit of the Afghanistan Civil Aviation Authority, pointed out the cause of the crash of the US military aircraft Bombardier E-11A which occurred in the province of Ghazni on February 27.

According to the official, the plane crashed “due to engine failure.” At the same time, Masum specified that the staff of his unit “were in contact with the pilot of the aircraft from the very beginning of the problems on board and sent him to a nearby airport”. The controllers hoped that the pilot could land at the airport of the city of Sharana, but he did not succeed.

Earlier, representatives of the fundamentalist movement Taliban declared that they shot down the airplane. However, the Pentagon found no evidence that it was brought down.