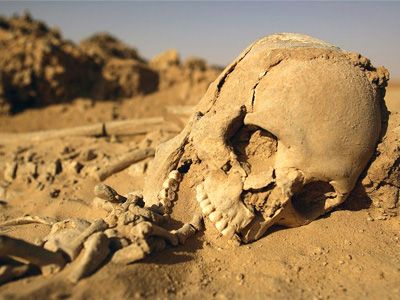 OREANDA-NEWS. An international group of scientists from Russia, Ecuador and Japan discovered fragments of ceramic vessels, which date from 4640-4460 BC and were created by an unknown civilization.  This is reported in a press release on Phys.org.

Most archaeologists believe that the ancestors of modern Indians entered North America about 15-14 thousand years ago, moving along a narrow strip of ice and land between Alaska and Chukotka.  The first culture, whose remains have survived to this day, originated in the territory of the modern United States about 13 thousand years ago.

Archaeologists excavated the entire house, which contains 17 rooms, a large courtyard and surviving equipment.  Adelheid Otto, director of the Institute of Middle Eastern Archeology at the LMU, said that instead of finding lower-class housing, archaeologists came across an old Babylonian villa.  The construction was impressive.  It was possible to determine what each room was intended for.  Archaeologists were amazed that the house had a kitchen and a bathroom with a toilet and a drainage system.  Hygiene was at the proper height.