Merkel Supports the Idea to Close All Ski Resorts in Europe 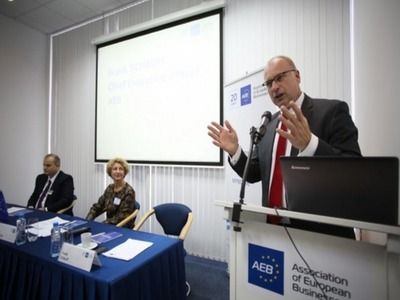 Association of European Businesses Has Opposed the Increase in Recycling Rates

WorldDiplomatic organizationsInterstate relationsMinistries and departments
OREANDA-NEWS. The Association of European Businesses (AEB) asked the Deputy Prime Minister Dmitry Kozak to refuse to increase the rates of utilization fees. In addition, a quantity of automakers have already applied or are planning to make similar proposals, the Russian business newspaper reported.

The Ministry of Industry and Trade of the Russian Federation previously prepared and sent to the government a proposal to increase the rate of utilization fee for cars from January 1. As the head of the ministry, Denis Manturov, explained, the proposed increase in recycling rates for cars in some cases will exceed 120%, but its share in the cost of the car will remain within 1.5-2%.

"AEB sees a number of risks in indexing, in particular, a decrease in the availability of imports and, as a result, a drop in sales of new cars in general, as well as a slowdown in the renewal of the fleet and a decrease in business activity", the publication notes. At the same time, AEB specified that cars imported to Russia "as a rule have no analogues among locally produced models". As previously reported, AEB lowered its sales forecast for 2019 from 1.87 million to 1.76 million cars - against a growth of 3.6%, a decrease in sales of 2.2% is expected.

Earlier in Russia, the grace period for the import of electric vehicles with zero duties ended, and the rate returned to its previous value of 15%. A recycling fee was introduced in 2012, simultaneously with Russia's entry into the WTO and a reduction in import duties on cars. Almost all Russian car assembly plants receive subsidies comparable to the size of the collection. In 2016, the collection was indexed by 65%. In 2018 - an average of 15%, but in some positions the growth reached 90%.