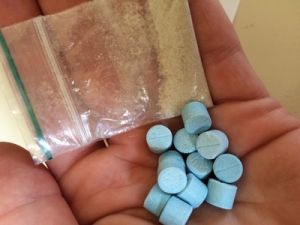 OREANDA-NEWS A three-year-old Russian girl was hospitalized on the island of Ibiza (autonomous community of the Balearic Islands) after, allegedly, ate ecstasy. This Tass correspondent reported on Friday in the press service of the Civil Guard.

They noted that the incident is being investigated. "Everything indicates that she was in the children's park and found it [drugs] on the ground," explained the law enforcement agencies. "We have to take testimony from the parents," - added to of the Civil Guard.

In turn, as the newspaper El Mundo reports, the incident occurred on Thursday on the island of Ibiza, where the girl’s family rested. As a result, the child was taken by helicopter to a hospital in Palma. According to the edition, her parents assured that the girl could find Ecstasy on the floor in the house where they were staying.