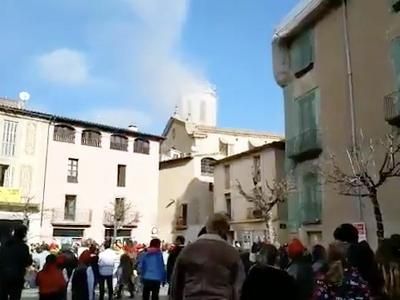 OREANDA-NEWS. An explosion occurred in the church in the village of Centelles located in the Spanish province of Barcelona​​.

According to La Vanguardia newspaper, at least 14 people were injured. Three of them are acute patients, they were hospitalized. Eleven received medical assistance on the spot.

Ten ambulances arrived at the scene. Two helicopters of sanitation aviation were required to transport the victims.

The European Parliament Told Who Benefits from Anti-Russian Rhetoric