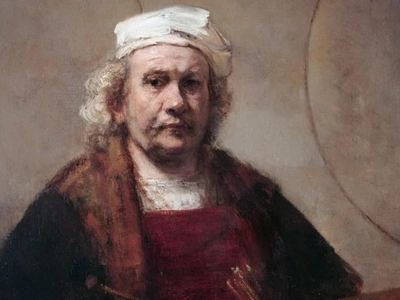 Belgian Accidentally Acquired a Painting of Rembrandt for €500

WorldEventsCulture and leisureКультурное наследие
OREANDA-NEWS A resident of Belgium accidentally bought a painting of Rembrandt for 500 euros at its real value of 30 million euros. It is reported by The Brussels Times.

The man wanted to financially support the person he met, and bought from him a canvas for 500 euros. Later, one of his friends advised the owner of the painting to give it for examination to find out the real value of the canvas. The result shocked the owner of the picture: it turned out that the author of the portrait was the Dutch artist Rembrandt Harmenszoon Van Rijn. The cost of the painting "Portrait of Jesus" reaches about 30 million euros. Having learned about this, the man decided to put it up for sale.

Earlier, it was reported that the secret component of the paints of the artist Rembrandt was named. When analyzing the paintings, experts found plumbonacrit in the paint - this is a mineral that can be found in England, Scotland and Germany.
Source: OREANDA-NEWS
Поделиться в соцсетях:
Подписаться на наши группы: Instagram | VK | Facebook | Twitter
Rate this article: