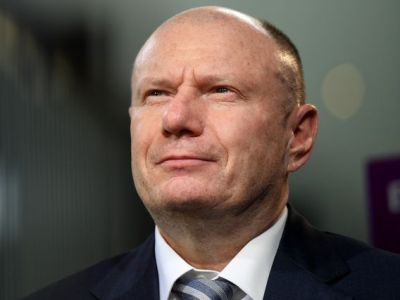 OREANDA-NEWS. According to Bloomberg agency, Vladimir Potanin, the co-owner of Norilsk Nickel, became the first in increasing his fortune in 2019 among Russian richest men. His wealth grew by 8.5 billion US dollars up to 28.2 billion.

He is followed by Lukoil President Vagit Alekperov (growth of fortune by 6.2 billion to 22.3 billion), co-owner of Novatek Leonid Mikhelson (5.2 billion, 24.6 billion) and another shareholder of these companies Gennady Timchenko (4.3 billion, 18.2 billion). The fifth is the head of the board of directors of NLMK Vladimir Lisin with the increase in wealth by 3.5 billion up to 21.3 billion dollars.

In general, as the agency notes, the fortunes of 23 Russian participants in the Bloomberg’s list of Russian billionaires has grown by 52.9 billion dollars over the year, and this is the largest figure over the last four years.