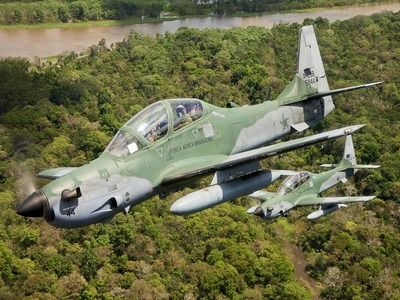 Bolsonaru met Zelensky on Tuesday in Tokyo, where both arrived for the intronization of Japanese Emperor Naruhito. According to the press service of the Ukrainian leader, during the meeting Zelensky suggested Bolsonar restart a joint space project on the use of the Alcantara space center.

The Brazilian Embraer, a lightweight turbo-propeller attack aircraft Super Tucano, was selected in 2011 by the US Air Force as the aircraft for flight training, reconnaissance and support of troops. The Pentagon buys these military vehicles, in particular, for the Afghan Air Force. According to the American newspaper, one such plane costs no more than $ 20 million, and an hour of flight on it costs $ 500.