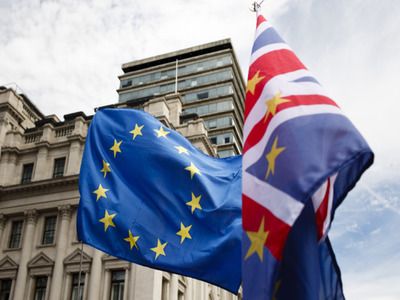 Brexit Without a Deal Is Very Likely, Said the European Commission

WorldPoliticsState management
OREANDA-NEWS. The UK’s withdrawal from the European Union without a ratified agreement on the conditions of this process is very likely in view of recent events, European Commission Vice President Jyrki Katainen said at a press conference.

“In view of the recent developments, Brexit is very likely without a deal,” he said, noting that this option of “divorcing” the country and the EU would be “extremely costly”, and the economic consequences from this would have “significant consequences for Britain and to a lesser extent - for the EU. "

The House of Commons of the British Parliament, by a single vote, approved on Wednesday late a bill obliging the government to request a postponement of Brexit in order to avoid withdrawal from the EU without an agreement.

313 parliamentarians voted in favor, 312 voted against. A group of British deputies from various parties headed by Laborites Yvette Cooper and conservative Oliver Letvin prepared the document, according to which the bill provides an opportunity to avoid a catastrophe at the last minute. The right to determine the period necessary to delay the Brexit document provides the premiere of Teresa May.

Earlier, on the eve of a regular trip to Brussels, May directly accused the deputies that they are slowing down the process, voting against and not allowing the “will of the people” - that is, leaving the European Union. The Prime Minister herself, going on this trip to agree on a postponement of Brexit, also did not achieve impressive results - instead of a postponement until the end of June (as the prime minister wanted), they agreed that the UK should leave the EU before May 22, and then provided that the deputies approve the agreed deal.