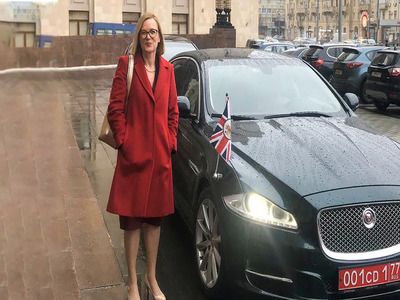 British Ambassador Declined to Comment on Location of the Skripals

WorldInterstate relationsMinistries and departmentsMilitary security
OREANDA-NEWS. Russian Ex-Colonel Main Intelligence Directorate, now the Main Directorate of the General Staff of the RF Armed Forces) Sergey Skripal and his daughter Julia, who were exposed to nerve agent in March 2018 in Salisbury, are alive, but their place of residence hasn't been disclosed. This was stated by British Ambassador to Russia Deborah Bronnert in an interview with the Russian newspaper, published on Monday.

"Of course, they are alive. I can’t tell you where they are, because we respect the right of people to make decisions on their own. Both the government and the police will always be guided by the wishes of private individuals", Bronnert said. However, she didn't answer the question whether Skripali was in the UK or in another country, citing the fact that she couldn't "comment on these questions".

Bronnert also said that the UK doesn't intend to change its position in the Skripals case, however, despite this, it's ready to cooperate with the Russian Federation. “I believe that our position on the Skripal case is very clear, and I don’t think it will change. All this doesn't mean that we refuse to interact with Russia and negotiate on other topics at different levels, even where we have different points of view. Whether it be Libya, Iran, climate change or culture and trade", she said.
Source: OREANDA-NEWS
Материалы по теме: