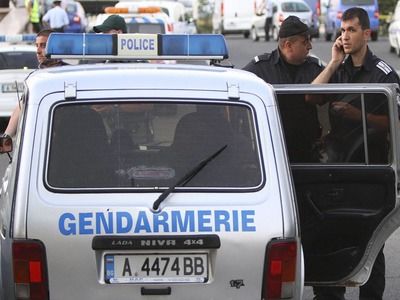 WorldInterstate relationsInternational activitiesJustice
OREANDA-NEWS. The Bulgarian prosecutor’s office opened pre-trial investigations against two Russian diplomats in the case of espionage. The Bulgarian agency reported this on Friday on its website.

"The chief prosecutor Ivan Geshev informed the Bulgarian Foreign Minister Elena Zakharieva about the collected evidence of intelligence activities carried out in the country by two foreign citizens enjoying diplomatic immunity", the prosecutor’s statement said. It notes that two pre-trial proceedings in the case of the commission of a crime against the Republic of Bulgaria were launched.

According to the Bulgarian prosecutor’s office, we are talking about two foreigners who “collected information representing state secrets with a view to giving them to a foreign state or a foreign organization”. During the investigation of one pre-trial proceedings, it was found that from 2017 to the present, a citizen of the Russian Federation carried out intelligence activities, during which he searched for information on the mechanisms of the election process in the country.

According to the prosecutor's office, another Russian citizen "from October 2018 to the present, has collected intelligence information, including representing state and official secrets related to the field of energy and energy security of the country".
Source: OREANDA-NEWS
Материалы по теме: