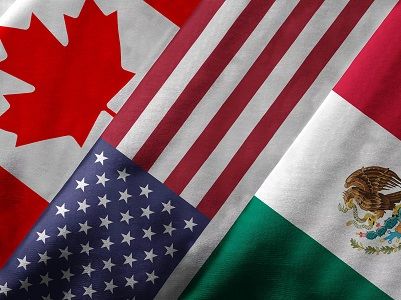 OREANDA-NEWS A new document will be called The United States - Mexico - Canada Agreement, or USMCA.

"We have reached a wonderful trade agreement with Canada, which will be added to the agreement already reached with Mexico. The new name is The United States - Mexico - Canada Agreement or USMCA. This is a great deal for all three countries, addressing many of NAFTA's shortcomings and mistakes, opening up markets for our farmers and producers, reducing trade barriers for the US, and bringing the three great Nations even closer to competing with the rest of the world. USMCA-historic deal!"- Trump wrote.

Canadian Prime Minister Justin Trudeau praised the agreement on a new trade rules with the United States and Mexico. "It's a good day for Canada," he said.

Earlier, canadian foreign Minister Christy Freeland and US trade representative Robert Lightheiser in a joint statement announced that Canada, the United States and Mexico have reached an agreement on a new trade rules, which will replace the agreement on the North AmericanFree Trade Agreement (NAFTA).

Consultation on NAFTA between Canada and the United States took place in Ottawa on Saturday. The United States set a condition to Canada that the negotiations should be completed before October 1, after which the relevant documents should be submitted to the American Congress for consideration.

At the request of the President of the United States Donald Trump the parties have started consultations on the renegotiation of NAFTA between Canada, USA and Mexico in the new environment in 2017. The United States and Mexico agreed in August.

The main objective of the NAFTA agreement, which has been in force between the three countries since 1994, was to remove barriers to trade and investment between the United States, Canada and Mexico. The renegotiation of the agreement was one of the campaign promises of US President Donald Trump. Became the President of the United States, Donald Trump immediately said that he intends to revise it or to conclude a new agreement.