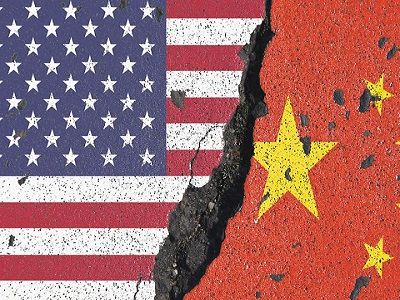 China Cancels High-Level Security Talks With the US

OREANDA-NEWS The Chinese authorities canceled talks with the United States at a high level on security, in which the US Secretary of defense James Mattis and Secretary of state Michael Pompeo plans to take part. The negotiations were to be held in October. Reuters reported this information, citing diplomatic sources.

According to him, the cancellation of the meeting took place a few days after a high-ranking Chinese official assured that the tension in relations between the countries will not lead to negative consequences. Information about whether the planned transfer of security talks between China and the United States, has not yet been reported.

It is not known for certain, as the sources of the Agency pointed out, whether the cancellation is connected with disagreements between Beijing and Washington on the sale of weapons, as well as US military activities in the waters of China.

On September 29, Reuters reported that high-level talks between China and the United States on security involving James Mattis and Michael Pompeo on the American side were in danger of disruption due to tensions between the two countries.

Representatives of the White House, the Pentagon and the state Department declined to comment. In turn, the Chinese foreign Minister and defense Minister also did not comment on the situation.

Earlier, the President of the United States Donald Trump during the press conference said about US evidence of the intention of China to try to intervene in the American electoral process. According to the American leader, China is trying to influence the upcoming midterm elections to the US Congress in November in order to prevent the victory of the Republicans and prevent the trade policy of the current US administration. Chinese foreign Minister Wang Yi refuted these statements, stressing that Beijing has always respected the principle of non-interference in the Affairs of other States.