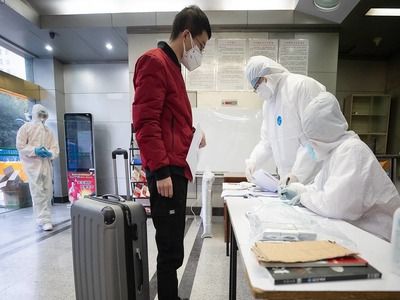 WorldIncidentsInternational activitiesPublic health
OREANDA-NEWS. The Chinese authorities registered 19 cases of the disease caused by 2019-nCoV pneumonia among foreigners in the country, two of them were discharged from the hospital. This was announced on Thursday by the official representative of the Ministry of Foreign Affairs of China, Hua Chunying.

“The remaining 17 continue to undergo treatment and are in quarantine”, she said at a regular briefing. “We are taking active measures for this”. The diplomat did not specify the nationality of the infected. She stressed that for the PRC government, the health security of citizens of other countries is no less important than the issue of protecting and saving the lives of Chinese people.

At the end of December 2019, Chinese authorities recorded an outbreak of pneumonia in 2019 in the large city of Wuhan. In addition to the PRC, the disease was detected in 24 states, including Russia. The World Health Organization recognized the outbreak as an emergency of international proportions and described it as an epidemic with many foci.

According to recent data, the number of virus infections in China exceeds 28 thousand, more than 560 people died from the disease, more than 1.1 thousand recovered.